Blog - Latest News
You are here: Home1 / News2 / Please Give Me Your Kidney: How to Crowdsource for an Organ 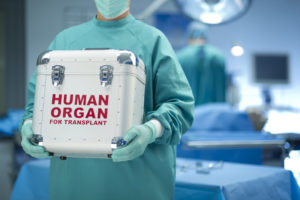 When Liza Mason retired from her busy career in the restaurant business at age 60, the Denver resident didn’t move to a beach town, take up painting or commit to more travel. Instead, she channeled all of her time, attention and energy toward one goal: finding a kidney. It wasn’t any simpler than a full-time job.

“You have to be diligent and every day be doing something about it,” says Mason, who was diagnosed with polycystic kidney disease, a condition that worsens over time, in 2003. If she didn’t find the right person to donate a kidney, she’d eventually need to be treated with dialysis, a burdensome, temporary and less effective solution that artificially performs the kidneys’ job of removing waste and unwanted water from the blood.

So, over the course of about a year, Mason distributed business cards advertising her need for a kidney to salons and gyms; she hired someone to create a website and another to spread the word via social media; and she networked with people who had been in her shoes. “Everything I saw or read that someone did [to find a kidney], I did it,” Mason recalls.

Kidneys are in high demand: More than 120,000 U.S. residents are currently on the waiting list for an organ transplant; close to 100,000 of them are waiting for kidneys, according to the United Network for Organ Sharing, a nonprofit that manages the nation’s organ transplant system. But unlike hearts, lungs and other organs that must come from deceased people, those in need of kidneys can – and ideally, should – skip the list and turn to living family, friends and even strangers instead, since a kidney from a living donor tends to last longer, says Dr. Matthew Cooper, director of Kidney and Pancreas Transplantation at the Medstar Georgetown Transplant Institute in the District of Columbia.

But finding that person isn’t always easy. Not only must the donor fulfill certain medical, practical and psychological requirements, but the recipient must get comfortable sharing a personal story and requesting a serious favor. “The idea of asking someone for an organ from their body is a very challenging thing to wrap one’s mind around,” says Cooper, who’s also on the board of the National Kidney Foundation and a surgery professor at Georgetown University Medical School.

But doing it pays off, Mason found. After about a year of campaigning, she reconnected with a former server at one of her restaurants. The young woman insisted on donating her kidney, and the pair turned out to be a match. “I was blessed,” says Mason, who underwent the surgery about a year ago. Despite the fact that her condition is incurable, she is in relatively good health today.

While there’s no single right or wrong approach to recruiting a kidney donor – except paying him or her for the organ, which is illegal – keeping in mind several guidelines can ease the process and boost your chance of success. Here’s what donation experts and transplant recipients suggest:

It’s key to know what exactly you’re asking of someone before you ask. “Talk to your doctor, do your research and understand the benefits and risks of living donation,” advises Anastasia Darwish, executive director of the American Transplant Foundation. You’ll learn that the process typically involves an extensive medical and psychological evaluation, a several-hour surgery that keeps patients in the hospital for about four to six days and a few weeks of recovery. Today’s minimally invasive techniques make the procedure and its recovery much easier on the donor than years past, Cooper says. “Knowing that we do the operation this way makes it easier [for recipients] to think about the ask,” he says.

For Joe Vohs, a sales director in the San Francisco Bay area, donating his kidney to a stranger in 2011 was so manageable he almost feels guilty when people praise his altruism. Though most donors take longer to bounce back, he returned to work after two weeks and ran a half-marathon after three months. “I would do it again if I had three,” he says.

2. Know who makes a good donor.

You can’t put just anyone’s kidney in your body. You want someone who’s healthy; people with or at risk for diabetes or blood pressure problems, for example, won’t qualify, Cooper says. You also ideally want someone with a similar body size as you, Mason adds. Then there’s the practical considerations: Potential donors need to have the flexibility at work and with their families to make time for the procedure and its recovery, adds Angela Balcita, a 41-year-old writer in Baltimore who’s received three kidneys – which each have a shelf life of about 10 to 12 years – since age 18 to treat her kidney disease. “Be understanding that people have their own reasons for not doing it,” she says.

But don’t think you have to do all the vetting yourself. While some people in need of a kidney worry that donation will compromise their loved ones’ health and safety, keep in mind that anyone with a less-than-excellent prognosis won’t be cleared for the procedure, Cooper says. “Donor safety comes first,” he says. In fact, only about 10 to 20 percent of people who go to a clinic to donate a kidney actually end up doing so. “We always say donors … are the healthiest people to step in the OR,” he says. “They don’t need the operation, and we’ve looked at them head to toe.”

3. Recognize that people want to help.

Mason admits it “just about killed” her to post her request for a kidney on Facebook. For Balcita, who wrote about one of her transplants in the book “Moonface,” accepting her brother’s kidney in the pre-minimally invasive surgery days invoked a twinge of guilt in part because he had to feel worse to make her feel better.

But speaking up is worth it. “If you know that this is going to change your life and there’s people out there that can help you, there’s no harm in asking,” Balcita says. Rather than requesting the commitment to donate flat-out, you may find it easier to ask people if they’ll consider donating or if they’ll just get tested to see if they’re a match, she adds. Even if they’re not a match, they can still help by, for example, joining – or, like Vohs, starting – a kidney donor chain, or a series of kidney swaps between compatible donors and recipients who don’t necessarily know one another.

“When you hesitate about asking your loved ones to become a living donor,” Darwish says, “ask yourself, ‘If I don’t give them a chance to save my life, will they feel guilty when it will be too late to help?'” Vohs, for one, feels grateful to have been a part of the process. “How many opportunities do you have to save somebody’s life?” he asks. “Not many. It’s nice to take advantage of it.”

The best way to find an organ donor depends on everything from how comfortable you are sharing your story publicly to the breadth of your social and professional networks to your culture, Darwish says. That’s why the American Transplant Foundation facilitates a mentorship program that pairs people in need of organs with similar people who’ve successfully completed the process. “Sometimes mentorship and emotional support … can make all the difference while you figure out the best scenario,” Darwish says. In one situation, for example, a mentor organized a brunch for the organ seeker’s family during which she presented information about donation in an educational – rather than emotional – way. It worked. “The person went from being completely hopeless, no prospect of donors whatsoever, to getting herself a donor,” Darwish recalls.

Loved ones who can’t or don’t want to donate can also help out by being a sort of spokesperson for the patient, Cooper says. One initiative called the Donor Champion Program, for instance, teaches people about kidney disease, organ donation and how best to communicate the need for a transplant. “If it was your loved one, you’d probably be pretty comfortable or confident – especially if you’ve seen your loved one suffering on dialysis – to bring up the conversation,” he says.

From T-shirts and bumper stickers to Facebook ads and comedy shows, there’s no shortage of ways people have managed to find organ donors. “Some people are very private; some people are like, ‘Let’s put up a billboard!'” Darwish says. And while recipients have to consider issues like whether they want their Internet reputation to be conflated with medical information, the key for any platform is being able to tell your story in a way that resonates. For example, ask yourself: How would receiving an organ change your life? How would it affect your family? What’s the alternative? “Make your story and outcome real and compelling,” Darwish says. “Many potential donors might read your story and either step up or recommend you to another that is a candidate if they are not qualified.” And don’t forget to keep your medical team in the loop, she adds. “If you put a billboard about the need for a living donor and don’t say anything to your transplant center, they might be unprepared to respond to a huge volume of calls,” she says.

Searching for an organ donor day in and day out can get exhausting, Mason found. “You have to build your knowledge about things; you have to look up stuff and be motivated,” Mason says. “It is easy to give up after you’ve had five or 10 people say, ‘Oh, I’ll do it,’ but then they don’t.” But she powered through because it’s the type of person she is. “I get things done,” she says. “I almost looked at it as a project.”

That persistent attitude is the right one, Darwish says. “Every day will have its ups and perhaps downs; try to stay positive, yet remain realistic,” she says. “The right person, donor and solution are out there.”