You are here: Home1 / Find the information you’ve been looking for2 / True Stories About Transplant3 / Keith’s Story 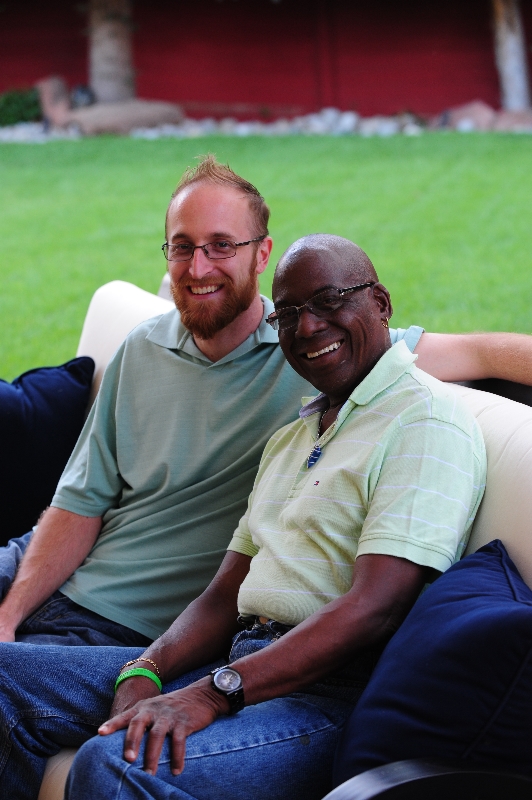 “Every day is a gift of life for me,” says Keith, who underwent a kidney transplant in May 2006. “I can finally live the way I always wanted to.”

Keith, who was born with just one kidney, was overweight and suffered for years from high blood pressure. He was in and out of the hospital every other week because either his potassium was dangerously low or he was passing out. He was exhausted all the time and sometimes couldn’t get out of bed.

“My hands and feet were the size of basketballs, so just to get dressed in the morning my wife Michele would have to button my shirt, fasten my tie and lace my shoes. It took me 10 minutes to walk to and from the car, and I could barely get up the stairs to my office.

“One of the worst times was when I woke up one morning and I told Michele that I could not get out of bed. She had to call the paramedics to take me to the hospital on a stretcher. Seeing the fear in my wife’s eyes that day made me realize that it was not only me going through the pain and suffering, but her as well.”

Keith’s doctors put him on medications to help stabilize his high blood pressure, but the medications were hard on his kidney and it started to deteriorate. They told him he needed a transplant.

“Finally, I started to listen to my doctors’ warnings and I took action,” says Keith. He knew that the organ shortage meant that he would likely have to go on dialysis and wait years to receive a kidney from a deceased donor, so Keith first went to his biological family to search for a living donor. Unfortunately, his potential donors—his brother, daughter, and niece—either didn’t match or their kidneys weren’t large enough for Keith’s size. He began to feel discouraged. “Because I’m black, finding an unrelated donor anytime soon was unlikely. Conditions like diabetes and high blood pressure affect a higher percentage of African Americans, which means that blacks are more likely to have kidney failure. Plus, people with those conditions are not possible donors,” Keith explains.

When Keith’s stepson Johny found out that none of Keith’s biological family members were good matches, he stepped forward as a potential donor. “From day one Johny told me that he knew in his heart that he was the one who was going to give me a kidney,” Keith relates. “Johny is white, which made him a much less likely match, but he offered to be tested, just in case. It turned out he was a surprisingly good match for me—a four out of six—so he offered to share one of his kidneys.”

With this good news, Keith remained positive and upbeat about the upcoming surgery. He was aided by a close-knit family that supported him all the way.

The emotional side of the transplant did not set in until the day before his transplant. “I was driving home and I had to pull over. I started to cry like a baby. But I was crying because I was totally grateful that my stepson cared enough that he would give me such a wonderful gift.”

Johny donated his kidney to Keith on May 4, 2006, just four months after Keith started the transplant process. The surgery took about three hours. In most cases kidneys can take up the 30 minutes to start working, but Johny’s kidney started working the moment it was placed inside of Keith. The doctors were amazed that Keith and Johny were such a good match.

After the transplant, Johny and Keith began to share a commitment to healthy living. Keith is 65 pounds lighter and very active since his transplant. He runs at least 15 miles a week, lifts weights every morning, rides bikes and goes downhill skiing.

“When I saw the look in my wife’s eyes the day the paramedics carried me out of the house, I made a promise to her and to myself that my number one responsibility was to take care of myself and that I would never put her through the pain and suffering again.”

Gone are the days when Keith ate lots of fried foods and foods high in sodium. He now prepares all of his meals at home and has cut out fried foods, soda and alcohol. “I have lots of energy and I can finally do all the things I wanted to do with my family. In fact, last November my wife and I ran a half marathon on Diamond Head in Hawaii. I would have never dreamed this was possible before my transplant surgery.”

Keith also ran for the American Transplant Foundation’s charity team in the Colorado Colfax Marathon Relay in 2008. “That was a milestone of survival for me. To run the 7.5 miles of my relay was not something that was not possible for me six years ago. Heck, just walking was even hard for me.”

Keith is not only focused on improving his own life, but seeks to improve the lives of other people who need transplants. In March of 2009, he traveled to Washington, D.C. for World Kidney Day and testified before Congress about the importance or organ and tissue donation. He also testified to pass Senate Bill #565 that would require Medicare to cover the cost of the immunosuppressant drugs that transplant recipients must take for the rest of their lives following a transplant.

“Right now, Medicare will cover all costs for dialysis patients for as long as they need dialysis. But for people who need a transplant, Medicare will only pay their expenses for three years,” says Keith. “People are reluctant to undergo a transplant because they are afraid that they can’t pay for their immunosuppressants. This legislation would change the Medicare rules so that transplant recipients would have their immunosuppressant drugs covered for the rest of their lives.”

Keith also speaks regularly to the African-American community about the importance of good health. “African Americans like me have a very hard time finding a living donor. But maybe if more people start taking care of themselves and living healthy lives, we could start to resolve this problem. 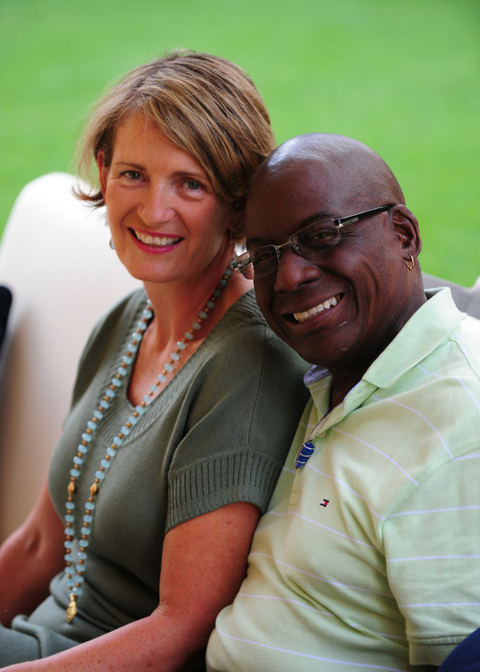 “Every morning when I get up I thank God for the gift of life that was given to me, and think about how I can touch someone else’s life in a positive way,” said Keith. “I tell people who are considering transplant surgery to take care of the gift they are going to receive. Honor that gift. And take good care of your health.”

To honor his own good health and his successful transplant surgery, Keith and Johny celebrate their own “Kidney Day” on May 4th every year. They spend time together to strengthen the bond that has brought them closer together than they would ever have imagined.

“My wife Michele is my hero and my son Johny is my angel. It just doesn’t get any better than that.”