You are here: Home1 / Three types of living organ donation

Many lives are saved through directed, non-directed, and paired exchange living donation.  When considering becoming a living donor, it is important to know the differences between the types of donation in order to determine what will be best for you.

What is Directed Living Donation?

In a directed donation, the donor specifically names the person who will receive the transplant. This is the most common type of living donation.

In a directed donation, the donor may be:

• a biological relative, such as a parent, brother, sister, or adult child

• a biologically unrelated person who has a personal or social connection with the transplant candidate, such as a spouse or significant other, a friend, or a coworker.

• a biologically unrelated person who does not have a personal connection to the recipient but has heard about the transplant candidate’s need. 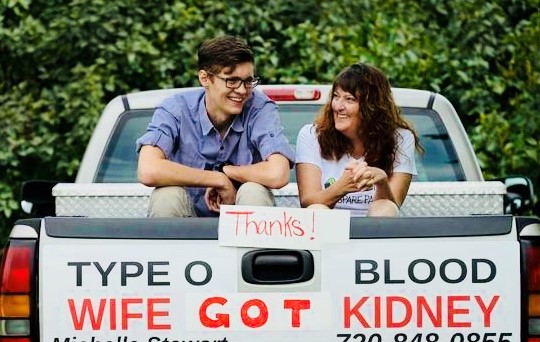 Mason donated his kidney to Michelle. They both participated in the 1+1=LIFE Mentorship Program.

Many people are interested in becoming anonymously-directed donors; they want to donate to someone they know but do not want the recipient to be aware that they are being tested.  In this case, it is important for the potential living donor to contact the potential recipient's transplant center to learn how to begin the testing process and to make the transplant center staff aware of their preference to remain annonymous.

What if I'm not a match for my intended recipient? 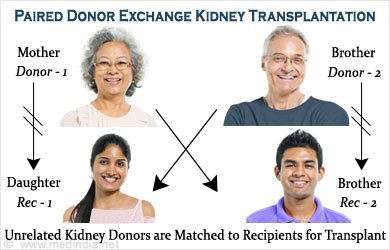 What is Non-Directed Living Donation? 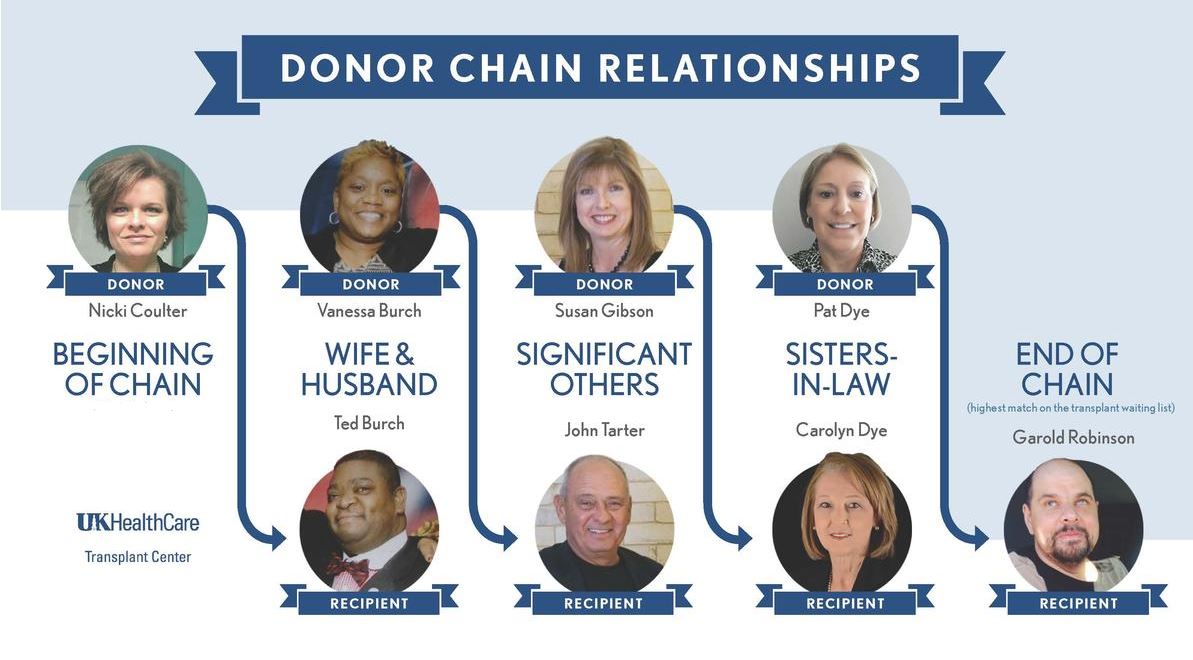 Many transplant centers allow non-directed donors to participate in donation chains.  In this situation, more than one pair of incompatible living donors and recipients may be linked with a non-directed living donor to form a donation chain in order to receive compatible organs- essentially creating the domino effect, allowing one single donor to save many lives through their donation (see graphic above).

Sara after her non-directed living kidney donation. She participated in a donation chain that resulted in six lives being saved. Sara is now a mentor in our 1+1=LIFE Mentorship Program.