You are here: Home1 / Medical Advisory Board Bio– Russ Cupps 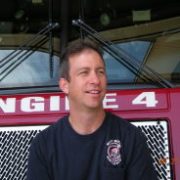 Russ donated a kidney altruistically in 2010 and has been involved with the American Transplant Foundation ever since along with the Colorado Donor Alliance. He had bridged the gap in the process starting with his own field as a firefighter paramedic. He brought Donor Alliance and West Metro Fire Rescue to facilitate tissue recovery in the field. He helped West Metro Fire Rescue to become the first fire-based EMS agency in the United State that initiates referrals directly to Donor Alliance for DOAs and field pronouncements.

He has become a Mentor for the American Transplant Foundation and has been able to educate and facilitate people making a significant positive impact in others lives.