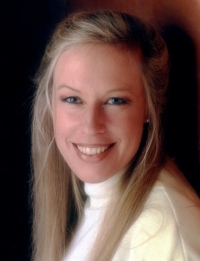 Coleen donated two-thirds of her liver to save her brother’s life. In the end, she wound up saving her own.

“Becoming an organ donor was the ‘rightest’ thing I’ve ever done,” Coleen, a 53-year-old psychotherapist, said. “We all need to protect and fight for each other. If we don’t, there will be no one left to fight for us when it’s our turn to be in need.”

Coleen and Dirk, 52, were always pretty close. As the only girl among five brothers, Coleen was all tomboy and loved running around the family farm with her brothers. But, as is often the case, life took each of them to different parts of the country. Coleen moved to Seattle. Dirk found a home in Wyoming.

Then, several years ago, Dirk developed a rare autoimmune disease and his health slowly deteriorated. He could no longer travel and had to quit his job at an electrical repair company. Eventually, he was told he would need a liver transplant. Coleen volunteered to be tested. She was a match.

For Dirk, the match was good news, but it wasn’t something he took lightly.

“I was asking her to risk her life in a major operation that may or may not save mine,” Dirk said. As for Coleen, she had reservations of her own. She wasn’t scared of dying so much as she feared living in poor health. Before going through with the transplant she had to come to grips with the risks inherent in surgery, and found a way to be at peace with the possibility that it may not help her brother.

In July 2007 Coleen gave Dirk a portion of her liver. The surgery went smoothly, and within a year, her liver regenerated. She then moved to Denver, mostly to be closer to Dirk, who lives with his wife on the 40 acres they own in southeast Wyoming.

Dirk now works as a trapper in the winter, something he was never able to do before the operation. His health has improved significantly since the transplant, but he will continue to face challenges from other issues.  For him, the transplant gave him a renewed appreciation.

“I tell my wife each day how I love her and give her a kiss before calling it a day, I realize how quickly life can go from good to bad to death.” Dirk said.

For Coleen, the transplant helped her grow in a variety of ways, ways she never expected. It not only created a new career niche for her as a psychotherapist, it gave her a more meaningful relationship with brother.

“I’ve gotten to know Dirk as the adult he is, instead of the little brother I grew up with. I’ve come to admire him, and I’ve learned a lot about living by watching him.”

Work eventually took Coleen to New England, where she now specializes in grief & loss issues, and supports organ donors, recipients and their families through the transplant experience.

“The transplant process can create a rollercoaster of emotions,” Coleen said, “and when family dynamics are added into the mix, it can get complicated. In many cases, families need support in order to cope. Families members need know they’re not alone, they need permission to be real about what’s going on, and they need opportunities to heal.” 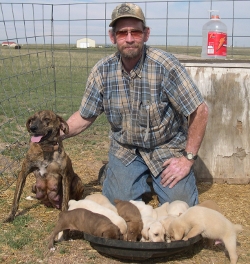 In her case, she and her brother had a solid relationship, but had not always communicated or seen each other often. After the transplant, Coleen expected that relationship to evolve. And it did, at least at first. But eventually, it returned to what it was before. Coleen had to let go of the notion the transplant would transform the relationship.

Coleen feels that being an organ donor for her brother was a temporary sacrifice that carried with it the blessing of a lifetime.

“I now know what it is like to be really tested,” she said, “and I’m proud of my choices and my courage. I consider my scar my Badge of Honor.”